Feed pellets and extruded feed require the addition of high-temperature, high-pressure and high-humidity steam during the production process. This is good for not only the conditioning, granulation or extrusion, but also the elimination of pathogenic microorganisms in raw material. But this process will do damage to some heat-sensitive ingredient such as enzyme, vitamin, live bacteria and grease. Post-spraying technology ,as an emerging technology can well solve these problems. Seasoning machine belongs to this kinds. It is mainly applicable to the addition of heat-sensitive powder or liquid components including enzymes, growth promoters, antibiotics, vitamins, grease, active ingredients, flavors, amino acids, plant extracts, etc.

According to the different processing technology, the oil spray coating is completed before the granulation, during the granulation and after the granulation. In the fist two ways, if the added amount is too high, it may lead to uneven feed mixing and poor pellet quality. Therefore, the amount of oil added is low, generally less than 3%. The post-spraying way can add 3%-14% grease and the feed surface is evenly sprayed. Besides, it can be done off-spot. So we can do it completely according to customers’ requirements. 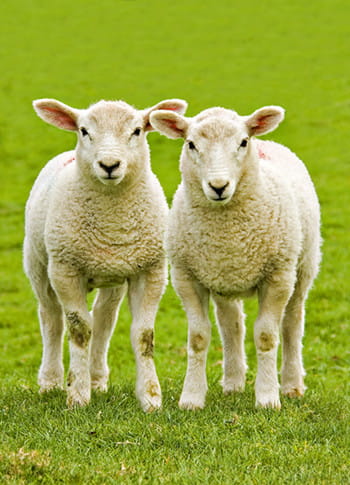 It refers to the process of pressurizing and atomizing the perishable oils and then spraying evenly on the surface on the feed granules so as to prevent the oil from being lost or deteriorated.  Most of them consist of control system, liquid metering system, liquid sprayers, liquid pumps, liquid tanks and feeders.

Vacuum grease post-spraying technology, also known as ”liquid infiltration” or “core spray” technology, is a latest technology developed in recent years. The working principle is that after the pellet feed enters the vacuum sprayer, the vacuum pump draws the air in the mixer during the mixing process to make it reach a vacuum state. At the same time, the air inside the micro-holes of the pellets is also sucked out. At this point, grease sprays and is mixed with the pellet. After mixing, the vacuum sprayer valve is opened and the vacuum is released. At this time, the external atmospheric pressure penetrates the grease into the pores of the particles, and the entire spraying process is completed. Compared with conventional grease post-spraying technology, vacuum spraying has certain advantages, but its equipment investment is quite expensive.

4. The main factors affecting the quality of oil spraying

In addition to the design and accuracy of the equipment itself, other affecting factors are shown in the following:
(1) Temperature. As we all know, the characteristics of liquids like density are subject to temperature changes, which affect metering accuracy and spraying.
(2) Feed particle size and strength. The higher the temperature and the greater the particle size of the feed is , the more difficult it is to spray oil onto the surface.; conversely, the smaller the particles, the easier it is to spray evenly. For post-adding, the pellet feed strength should be increased as much as possible.
(3) The amount of additives. After the liquid is added, the liquid component is concentrated, and the proportion of the liquid component is small compared to the dry material. Some of them even account for only tens to several parts per million. For better metering and spraying, we also need to dilute them to a proper amount.
(4) Drop size. In order to make the liquid spray more evenly in the feed during the addition process, the liquid is preferably composed of a large number of small droplets, but if the droplets are too small, they cannot be sprayed onto the dry material better and eventually they are wasted. The structure of oil spraying system is very important so that the size of the droplets will be within a proper range.